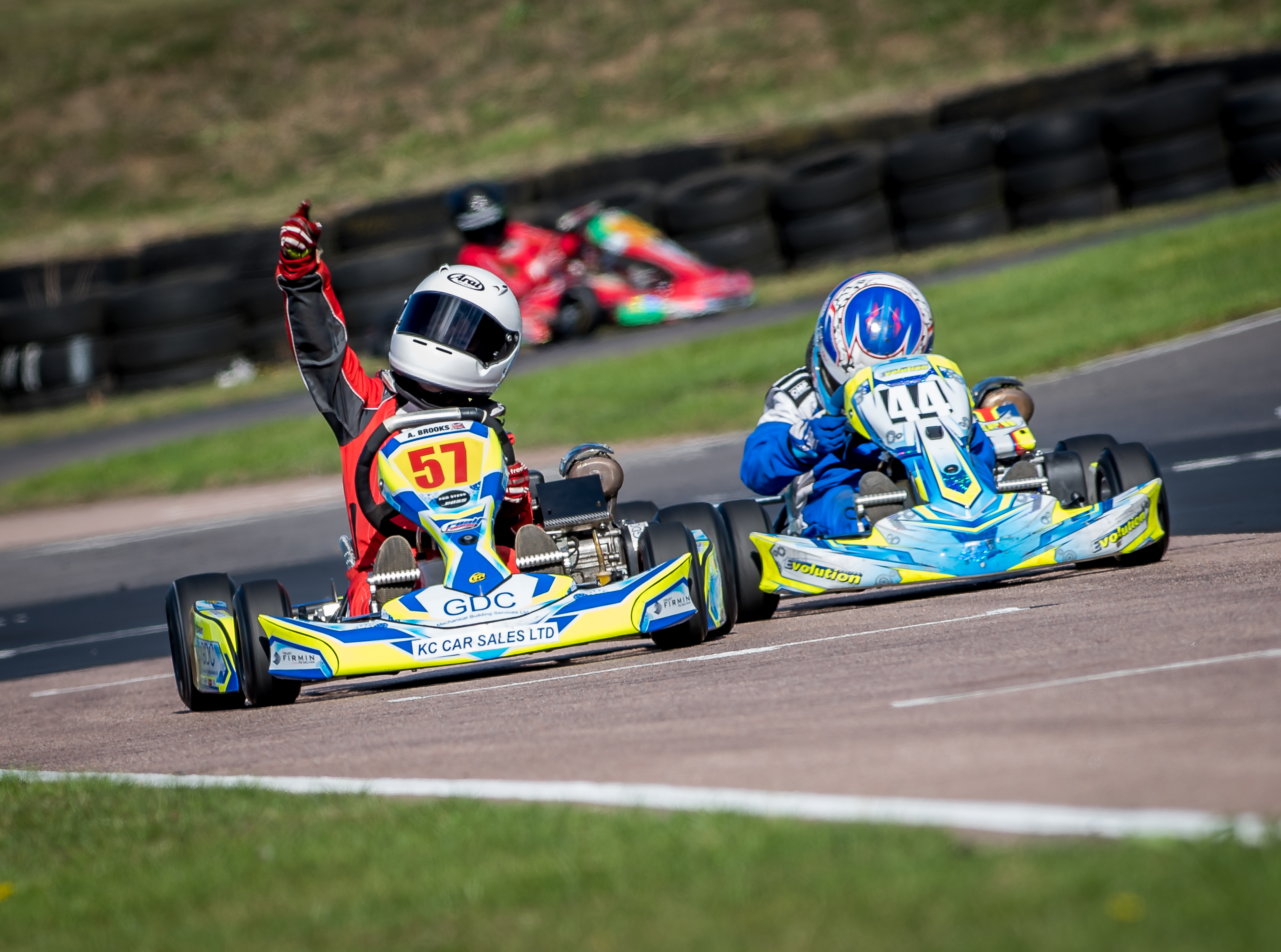 With the threat of morning rain disappearing, the competitors were left with near perfect conditions for their finals in the afternoon at the Sittingbourne circuit.

The two Honda Clubman pre-finals were won by our very own Alfie Brooks.  The second of the pre-finals had been a bruising affair, and an explosive final was on the cards. At the front Brooks broke clear leaving behind a battling bunch of at least 6 karts, which conducted a race long duel to the finish. Brooks was overtaken for a period near the end, but as they crossed the line it was Alfie celebrating the win.

A few more rounds still to go, but it’s looking good for Alfie standing 80 points clear on the table.